Finally BACK! ...from a faaar too long pause };-P
This little repair was done on-site at a gaming gathering I attended in Næstved. My friend m1chelsen, who runs a youtube channel and a blog about gaming and game collecting, has made a very nice looking consolization of a Taito F3 System. The motherboard he had gotten for free, as it might have some trouble with the controls. Also, he didn't have any games to actually test it with, so he brougth to the geeky gathering, where some other people brought their F3 carts. 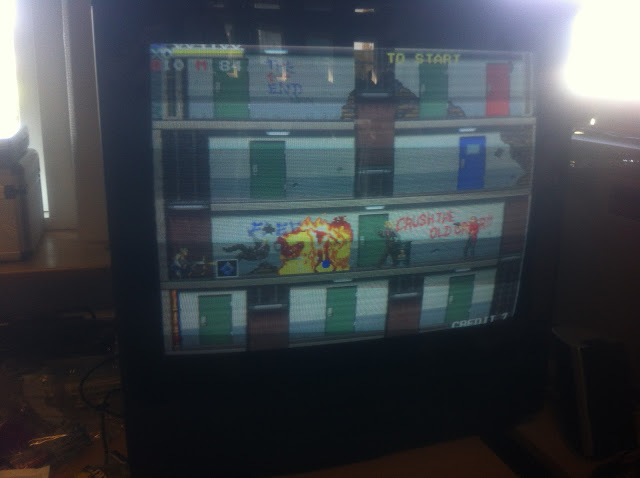 It worked! ... or let's say, it almost worked. It booted up perfectly, but the down direction for player 1 wasn't responding (and Elevator Action Returns really isn't that fun without). Luckily I'd brought some basic tools with me ... just in case };-P
So after m1chelsen had freed the motherboard from the nice wooden casing 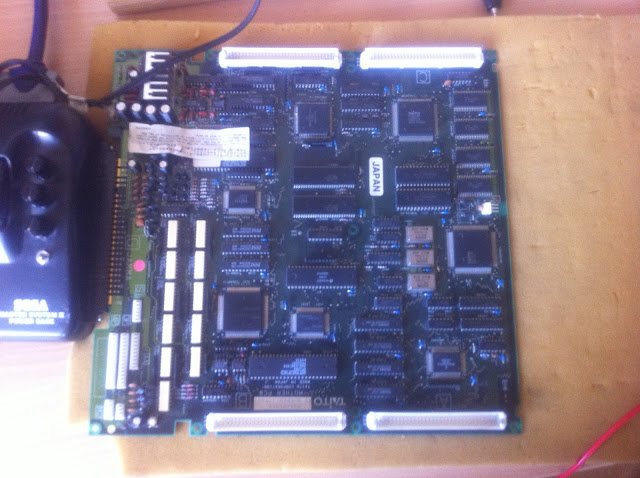 I started debugging. I followed the trace from the player 1 down pin on the fingerboard and found, that all the control inputs ends in some opto couplers (the 2 rows of white ICs; haven't really seen that before on an arcade board). 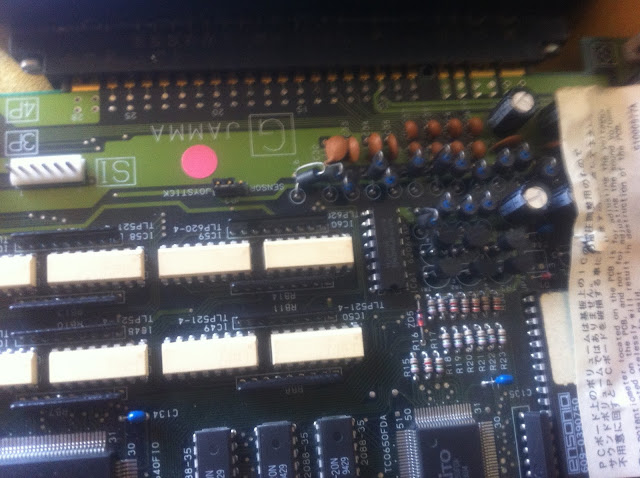 After googling the data sheet 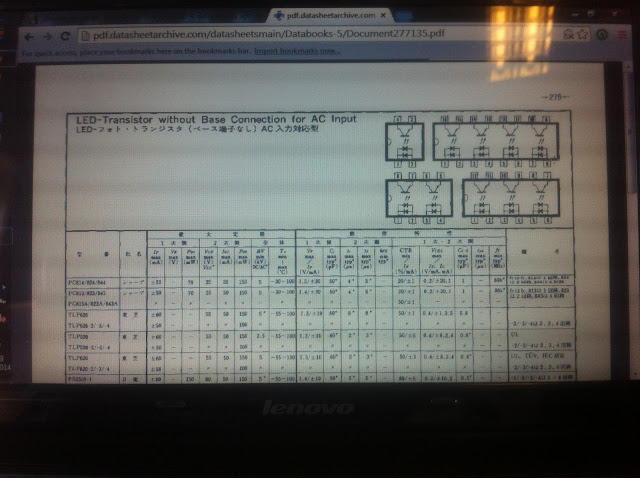 I found that the LEDs inside have one end connected to Vcc via resistorarrays; the other end goes directly to the fingerboard. When the control is activated, the link to GND is made and the LED lights up activating the corresponding photosensitive transistor in the IC-pack.
I tested the relevant resistorpack with the multimeter 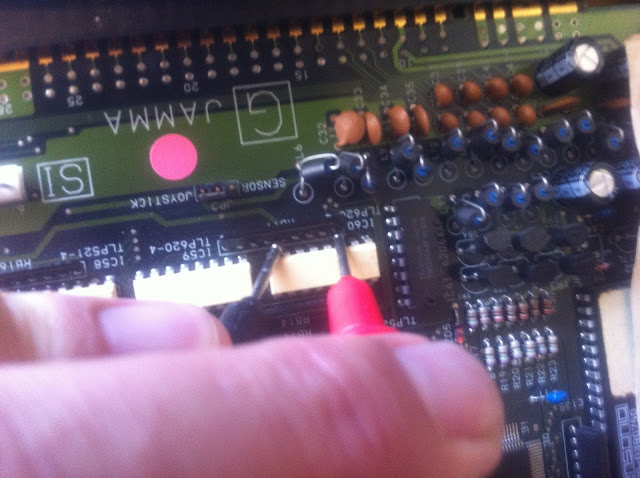 and found, the resistor for player 1 down direction broken.
Now we didn't have any spare resistor packs at hand nor a single resistor to patch on, and we wanted to play it like frakkin' now! So what to do? Hmmm think McFly, think!

Okay, the reasoning goes like this: Due to the very physical nature of a joystick, you can never activate both up AND down at the same time. So if I connect the down-LED to the up-resistor of the array as well, they will never "use" the resistor both at the same time. So no risk of drawing too much current. I soldered in a small jumper wire on the solderside of the board 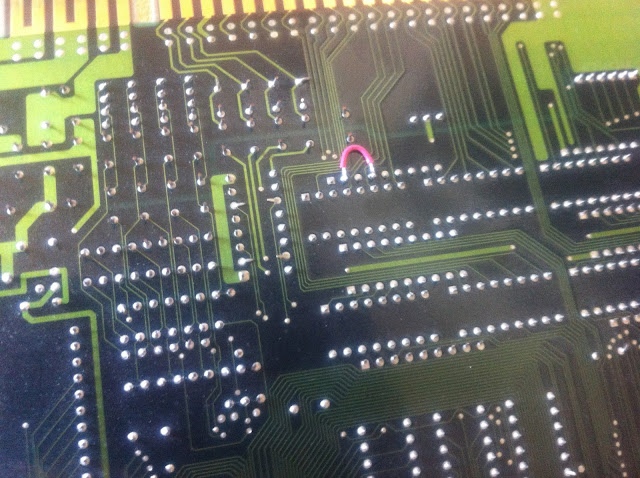 ... and BAM! Dear m1chelsen was now able to ride the elevator down in Elevator Action };-P
The motherboard was put back into the nice wooden case and was played several times during the weekend. This closes the case };-P