This board was sent to me by my dear friend Alf81. When turned on, all you got was a black screen and something that sounded like a burp from the speakers. As this game runs on CPS1 hardware, the thesis was, that it had committed suicide. But what does that actually mean?
Well, by the end of the Golden Age (mid 70's to mid 80's), the arcade manufacturers discovered, that if they made the games so durable that they lasted too long, the arcade owners would not buy new games. They then came up the idea to install a mechanism into the games, that would render them useless after some time. And even unrepairable by 3rd party arcade reppers. This is what is known as a suicide mechanism, but in fact the name is a bit miss leading, as it implies an active action; in fact it's kind of like the opposite:
(EDIT: Womble (RCM, AussieArcade, etc.) pointed out in a comment, that I'm on the wrong track with this theory. As he has far more experience than me, and as his explanation sounds more plausible, I think he's right. You can read it here.)
The principle is almost the same for all flavours. You take a part of the game code (usually vital for the game to run, but early examples also includes only the sound system ie Shinobi) and encrypt it before putting it onto the ROMs. Then you put the decryption key into a small block of RAM hidden inside some custom chip and add a battery on the board to keep the piece of RAM alive even when the game is turned off. At some point, the battery will run out of power, and the RAM will loose the decryption key forever. The game can no longer read it's own game code and is unplayable, and as the decryption key is gone, the game can't be 'fixed' by anyone else but the manufacture (at a high price).

Cosmetically the board seemed to be in good shape. 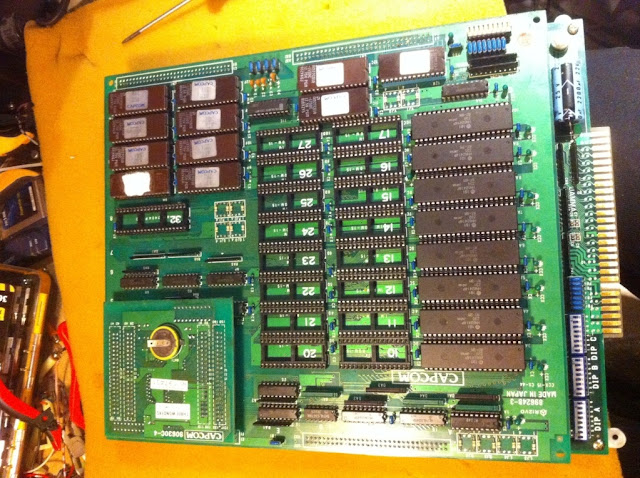 so right away I had a look at the usual suspect, the battery. On CPS1 systems, the battery as well as the custom chip containing the RAM for the decryption key, is placed on the little sub board called the C-board 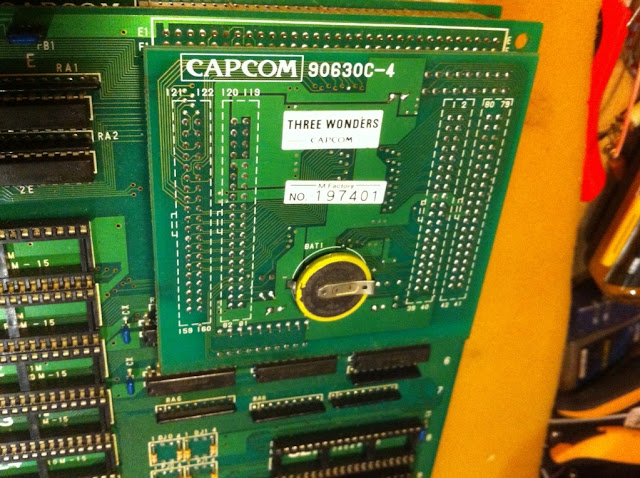 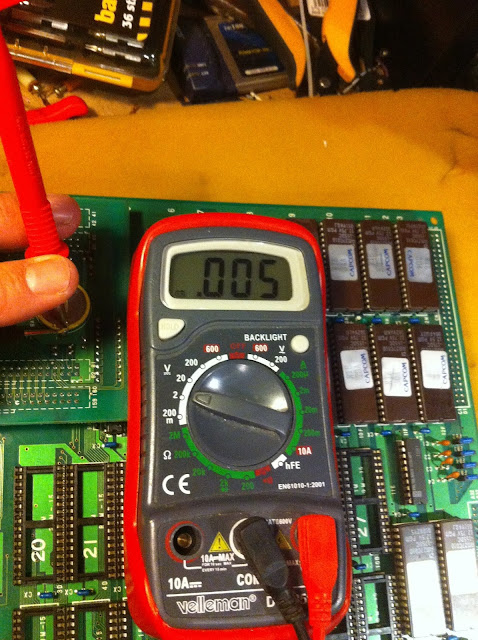 This battery was surely stone dead! So what can you do? Well, when I said before, that suicided games was not fixable by any 3rd party repper, that was not entirely true. Cause here in modern times, ultracool software/hardware hackers (not me) have found ways to pre-decrypt the code so that it will fit on the ROMs. It is then possible to put the custom chip into it's non-decryption mode, and it will be able to read the (now) decrypted ROMs. The game will rise from the dead.
The #1 place to get these pre-decrypted ROM images is at The Dead Battery Society. Here you will also find instructions on how the make the appropriate hardware modifications to your dead game. I this case (CPS1), you have to first remove the battery, as it will not be needed anymore. 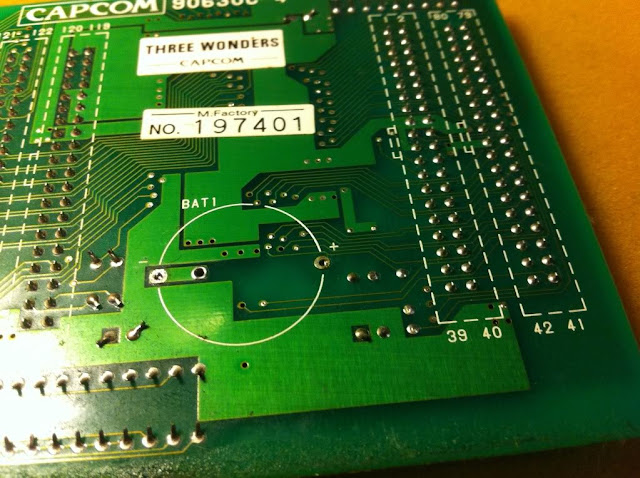 Then break the connection on two adjacent grounded pins on the custom chip and set them high instead. I'm not that good at SMD's, but with a little help from liquid flux, I managed to pull it through };-P 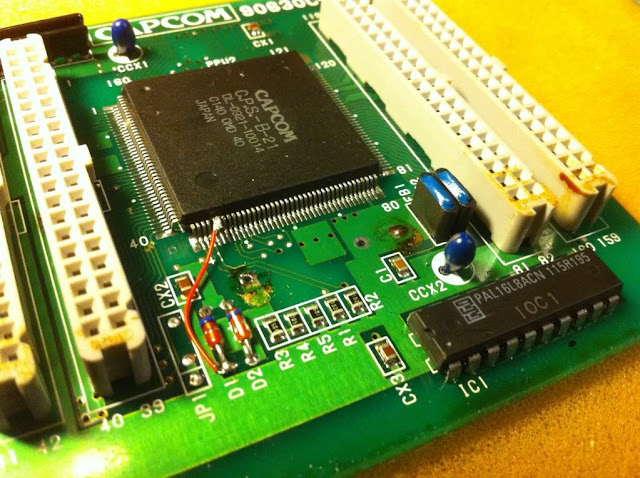 Next step was to update the ROMs. First I dumped the ROMs already on the board to find out what version it was 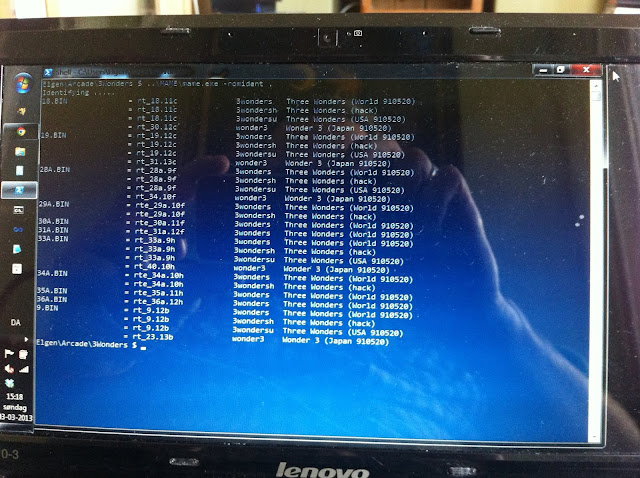 From this it was obvious, that this was a 'World' version. However, at present time, decrypted ROMs (30, 31, 35, 36) only exsists for the US version. So in order to make it work, I would have to replace the other region specific ROMs (29, 34) as well. As I don't like erasing the original ROMs of a game before I know that my rep works, I went hunting for 27C010's in the scrap pile, and started the cumbersome task of cleaning windows and UV-erasing the EPROMs. But after a couple of cycles, I had 6 working ICs 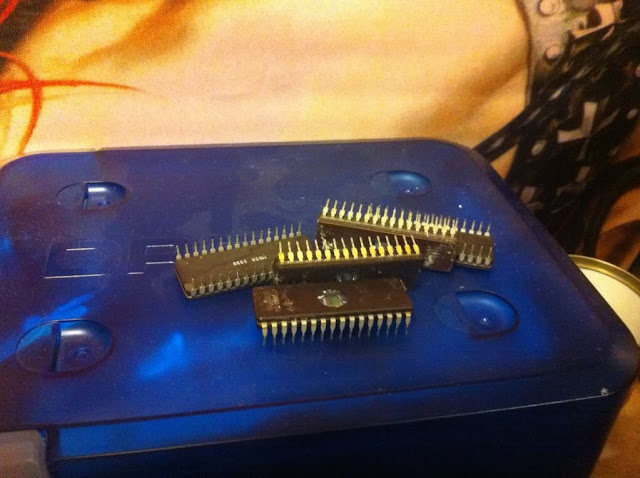 Next we program them, 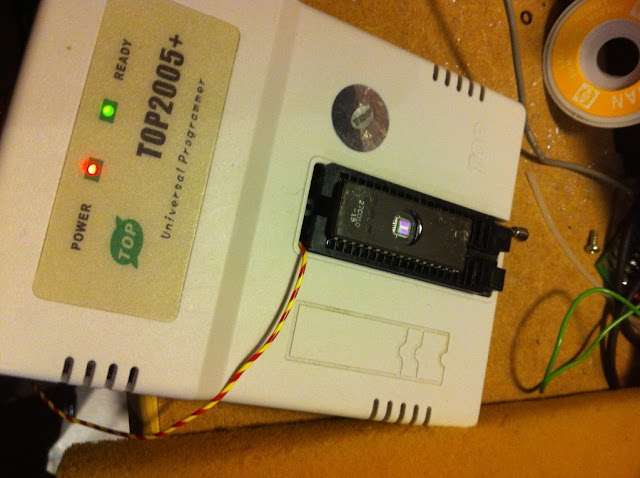 slam them into the board, 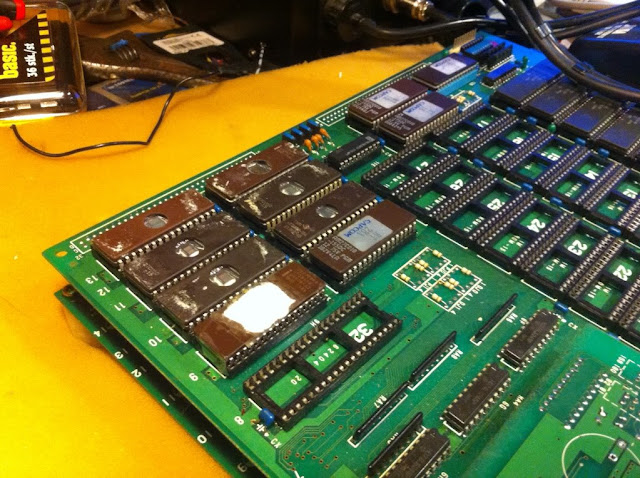 and try it out

It's Alive! It's ALIIIIIIVE!!! MUAHAHAHAHA!};-P
Please notice though, that the select screen is a bit blue-ish. This is apparently a known issue with this game. However it does look a bit art. But the game-play is absolutely perfect.
As a last thing, I moved the old stickers over to the new ROMs, 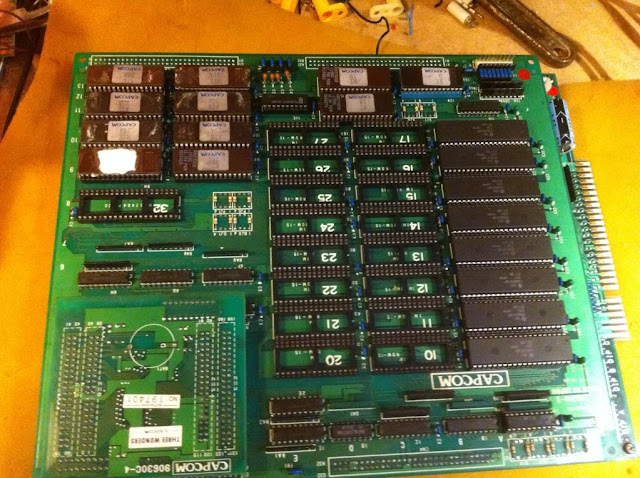 and the game is ready to be sent back to it's rightful owner };-P

UPDATE:
My dear friend Charter McCloskey aka Alf81 has sent me these nice photos of him unpacking the game, turning the screen in his Egret, the game running, and a photo of him self showing just how pleased he is to be able to play his 3Wonders again };-P 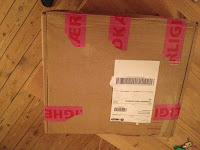 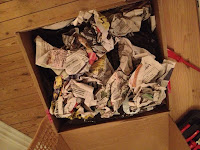 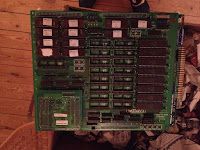 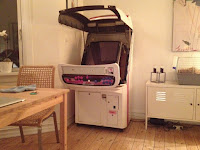 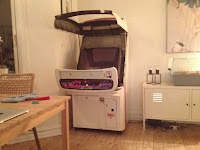 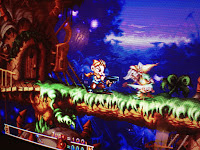 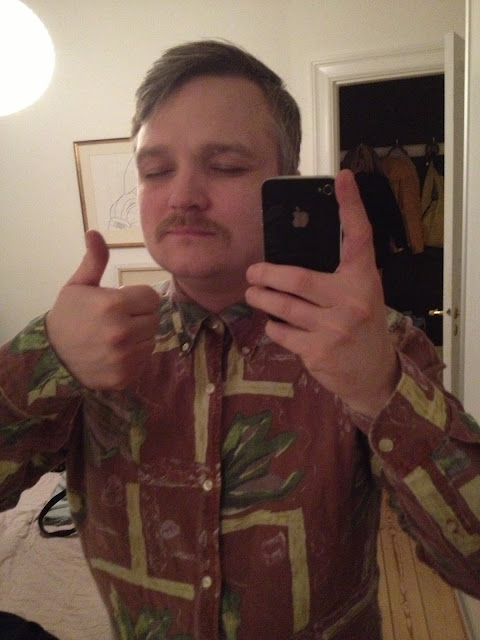