As I am working a lot with my Amiga A600HD at the moment, I decided that it was time to get a decent display picture instead of the build-in composite output. The absolute clearest signal you can pull out of a stock miggy, is analog RGB. That is present at the video port, a 23 pin 2-row D-Sub connector. Unfortunally 23 pin D-Sub is very hard to find, so as I own 2 A520 Mod composite/RF-modulators, I decided to gut one of them; then the box also matches the Amiga design perfectly };-P
Now I did have a SCART plug in the pile, 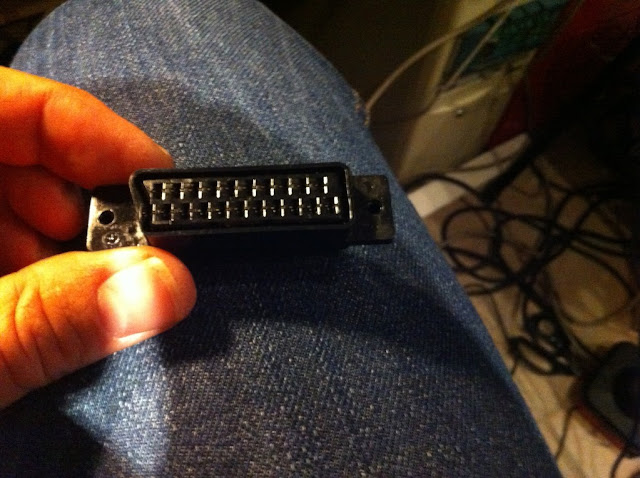 but it had to have the "wings" shortend a bit in order to fit on the back of case; time for Dremel };-P 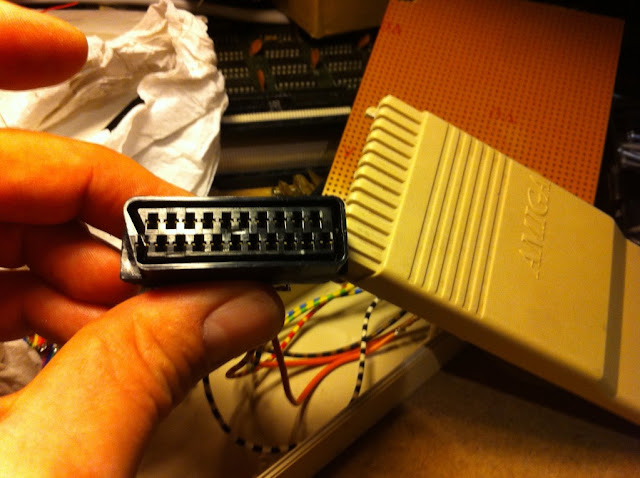 Next I cut a hole on the back of the case and superglued 2 of the plastic bits on the inside of the box. That way the SCART plug can be slided into place. 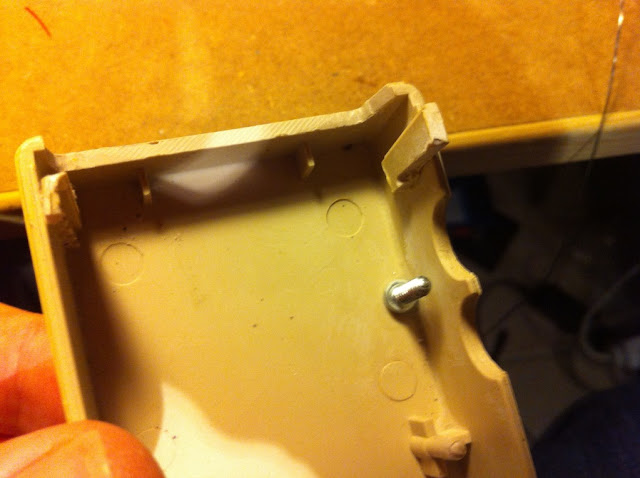 And here the plug is fitted... 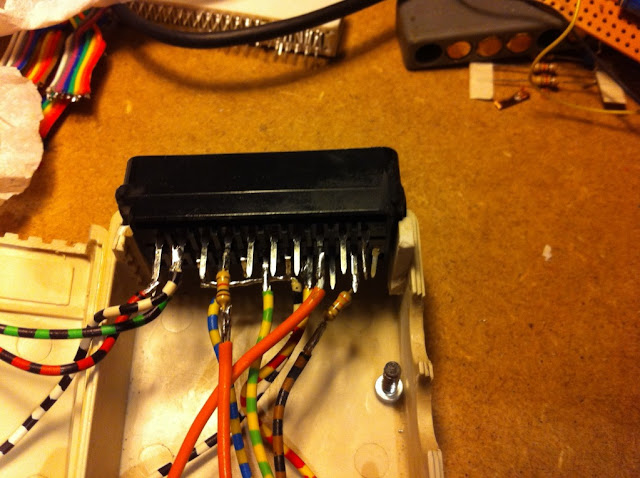 ...and here a glance from the outside. 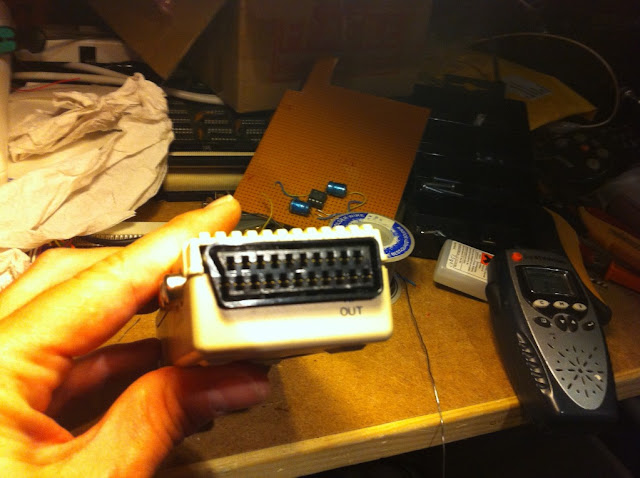 I then desoldered the D-Sub plug from the circuit board, and mounted it with the screws inside the case again. I had to place a little piece of veroboard under plug, in order to make it fit. Next it was time to draw the wires, and I used this guide for it; ofcause taking care to use the corresponding out-pins on the SCART-plug instead of in-pins, as the guide is for using a male-SCART-plug. 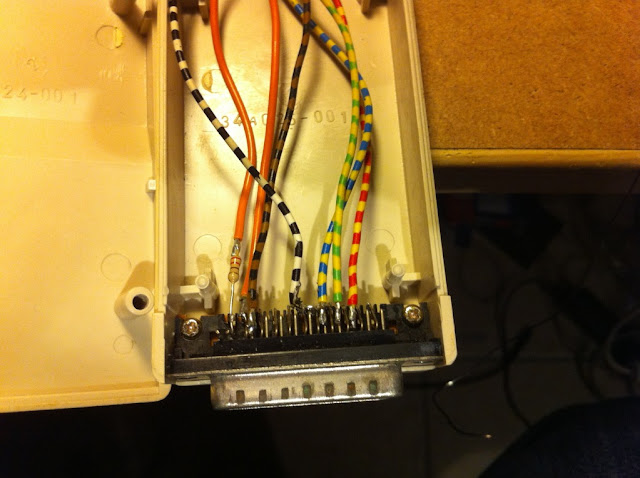 As the video-port on the miggy doesn't provide sound, that is going to be drawn from the two RCA-plugs on the back of it and fed into the SCART-plug. In the pile I found a metalrail fittet with 3 RCA-plugs, yellow, read and white (might be from a scrapped VCR). The pitch of the plugs more or less fittet the 2 holes in the case. Twisted the yellow plug off with a set of pliers, and bended the spare piece of metal around a nearby plastic spike, used for keeping the case from falling apart. 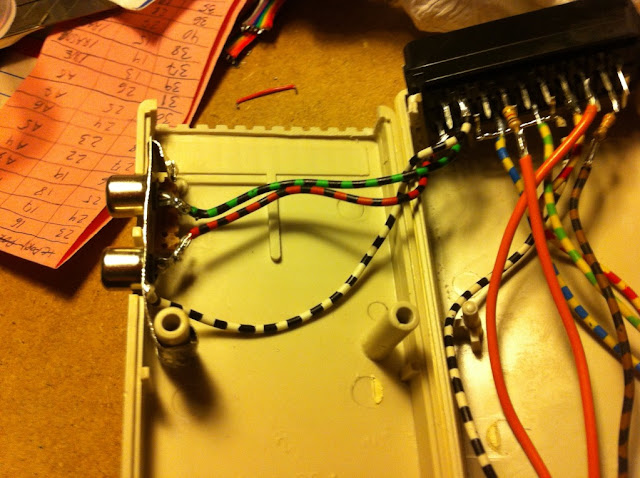 I then superglued 3 small pieces of veroboard inside the case; the topmost has a bit of distance to the side of he case. That way the metal rail rests on the two bigger pieces and is kept in place by the smaller one. 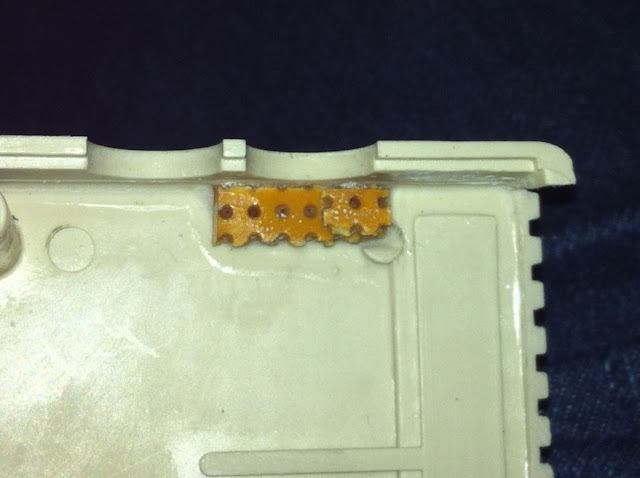 On picture number 3 from the top, you can see, that I've superglued a screw on the other half of the case, to keep the rail in place from the other side as well. Soldered the 3 wires, and was done. 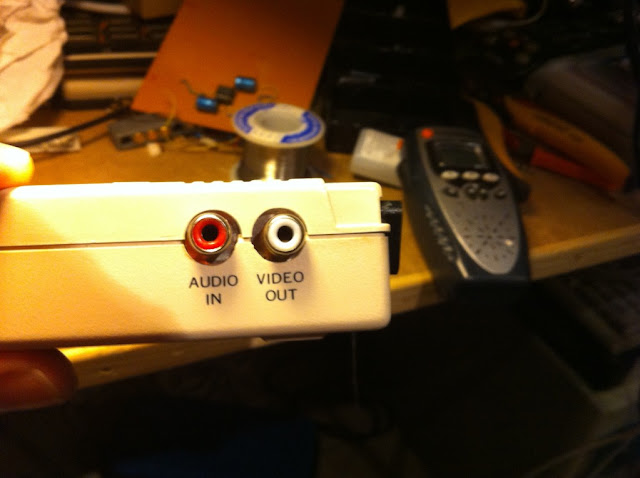 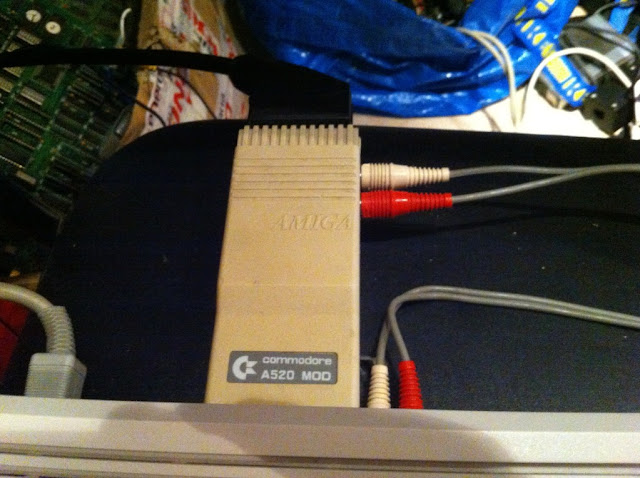 These pictures are with the build-in composite output (for comparison): 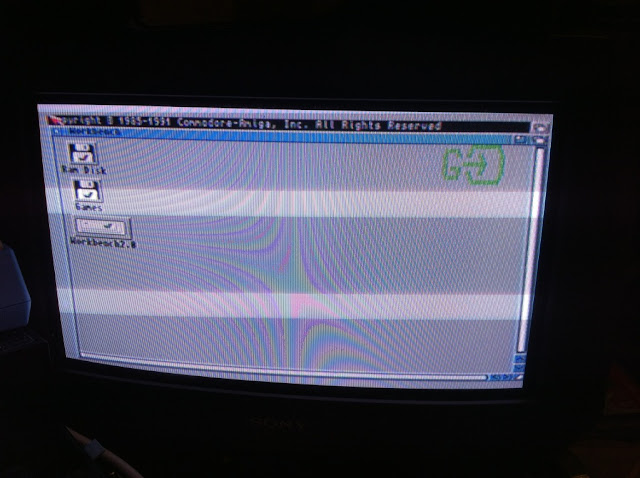 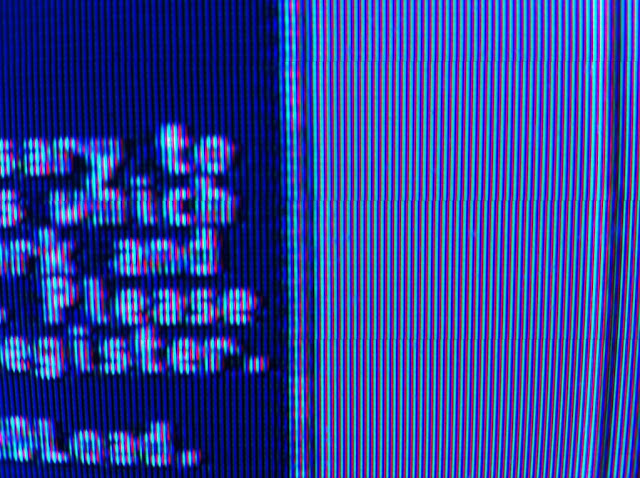 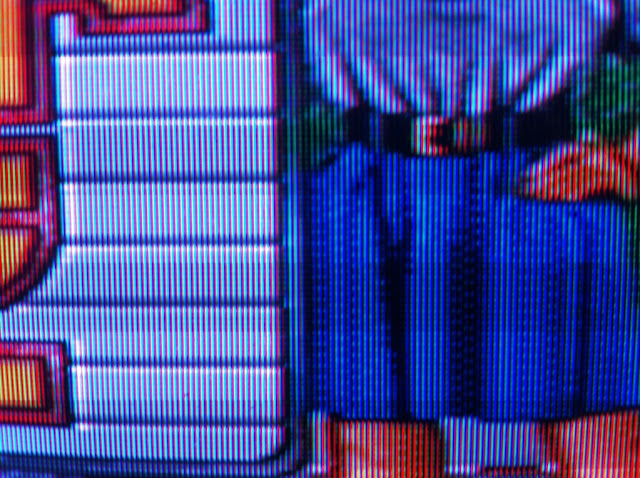 And now with the new adaptor: 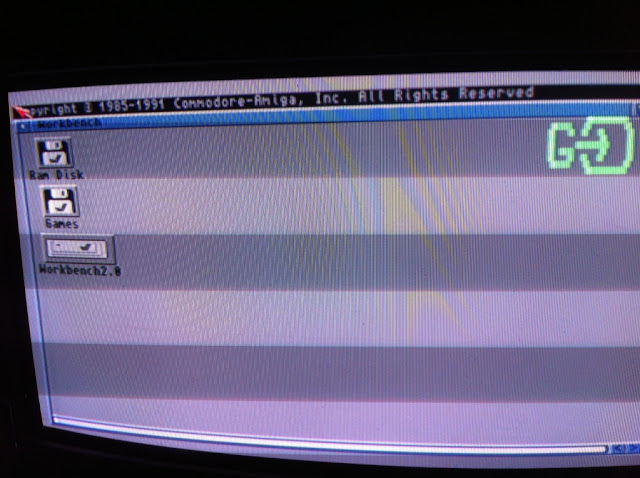 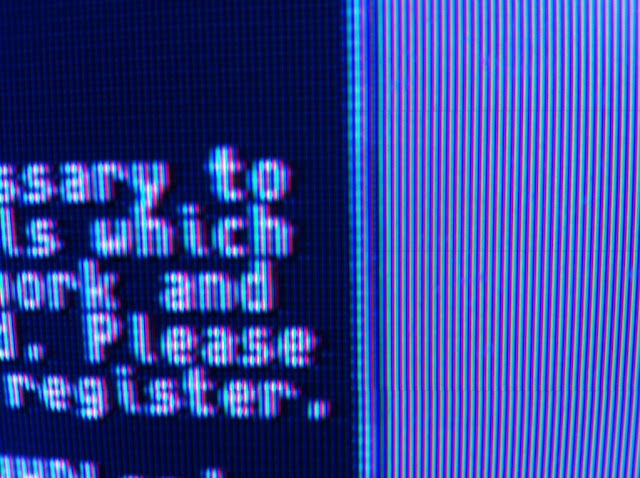 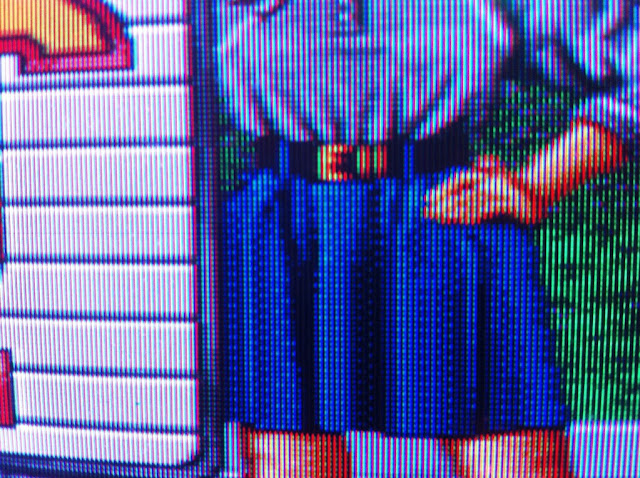