Not long before Christmas last year, I finished repairing an original Konami Circus Charlie for member
dorkvonwaterfall on spille-maskiner.dk. Before carefully packing it, I tested and flexed the board several time to make sure it was durable enough to withstand being transported by The Danish Postal Service. However, after poor Dirk received and tested the board, he sent me this sad video:

Apparently, the board had developed a sprite error during transport. We arranged for me to have a look at it again, and a few weeks after New Year, I had the board back on my test bench again. I was pretty sure of what was wrong: The crappy sockets that Konami had used for the ROMs. And checking with the continuity tester confirmed my hunch. So I desoldered all the 6 sockets for the graphics ROMs 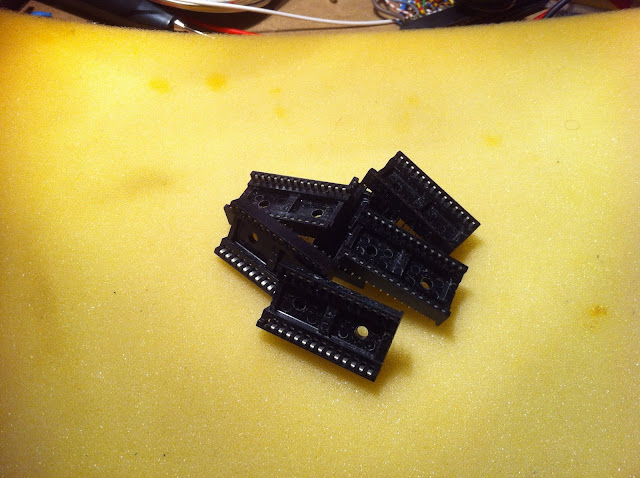 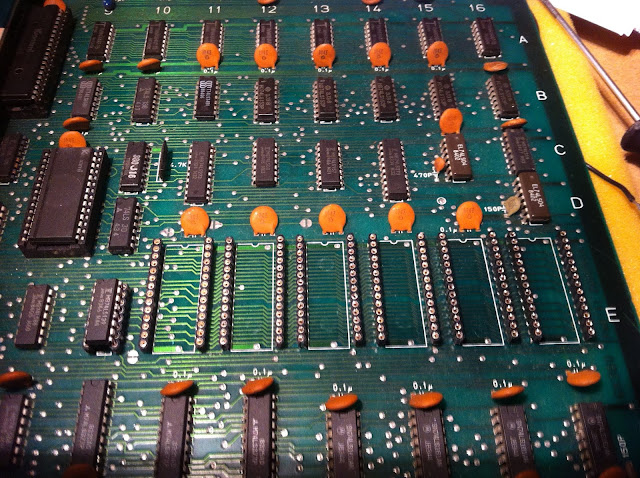 And now, the sprite error is gone

After having tested the game several times and flexed the board, I'm now hoping that it'll reach it's rightful owner (again) with no additional errors.
Posted by Elgen at 1/27/2014 10:30:00 pm